Millennials don’t trust advertising. On a scale of five, well over half (65%) rate advertising as two or lower for truth, according to a 2014 study from The McCarthy Group. Your sales people get a similar ranking and your website? Only slightly better – with an average ranking just under three (2.7).No worries, though. You still have the adults – Boomers and Gen X.

Bwahaha! Just messing with you. By now we’re all aware Millennials are far from children.

Born 1981-1995 and ranging in age from 37-23, they comprise the largest portion of the adult US population. Their shear numbers even outstrip Baby Boomers in their prime. So, they’re kind of a big deal. Which makes the next bit of news even worse. In 2018, The McCarthy Group polled Millennials again. The result was a sever up-tick in distrust of traditional marketing to eighty-four percent (84%).

The Force is in Delight

“I’m starting to see a couple cracks in ‘Ye Olde Funnel’,” said Brian Halligan, CEO and Co-Founder for HubSpot. Speaking on stage at INBOUND 2018, Halligan put the standard marketing funnel up on screen. 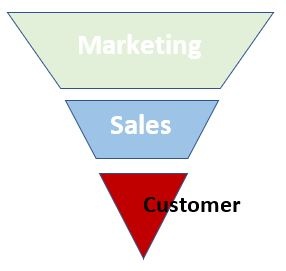 With so much consumer focus on positive references and referrals, Halligan argues the future is in turning clients into advocates for your business. Making your account holder happy, “delighting” them, is the key to success.

You’ve always tried to have an account holder satisfaction focus. How is this any different? Let me ask you a couple questions:

These are important considerations. Because “Delighting” account holders is about putting what is best for them first – not only in the customer service department but throughout the institution.

In a time where referrals are the new marketing and sales, “Delight” is the force that pushes growth. And, in order to truly impress, it has to be a part of financial institution culture.

Discover a new way to “Delight” at the ATM…with MBA® from FCTI!