Fifteen percent (15%) of consumers presented with in-store video advertising are more likely to buy the advertised product, according to a study published in the Journal of Advertising Research. 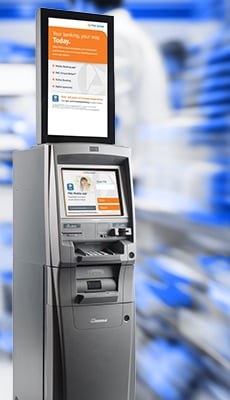 Despite the limited amount of time and attention garnered by digital retail advertising, there is growing evidence they still affect consumer decision-making. The Exposure Hypothesis (Kollat and Willett) describes how consumers who enter a retail setting are still in the process of making a final determination. The result is the ability to influence final purchase through outside stimulus.

Retailers and merchandising experts have capitalized on the Exposure concept through store design and signage. The most purchased items are at the back of the store to encourage viewership of other products and displays. End caps help ensure promotional products are viewed first and most often.

All of this is done with the goal of increasing brand recognition and influencing final purchase decisions.

The entry of digital place-based advertising (DPBA) opens up even greater possibilities for retailers, manufacturers, and other advertisers to communicate their messages even more fluently in a wider variety of places.

Here are four reasons marketers are spending more on DPBA:

Many may site exposure time as a significant limitation of digital place-based advertising. However, the proximity to the point-of-sale provided marketers and advertisers with a unique opportunity to reach a broad audience or a specific target group. Even better, you can grab them when they are already thinking about spending their hard-earned cash.