6 Weird Ways to Save Money

Finding ways to cut household costs is often a pain. Usually, it means cutting back on a mixture of standards and enjoyment. Eliminating cable television is a common suggestion, along with eating out less and cutting back on the use of heaters or air conditioners. 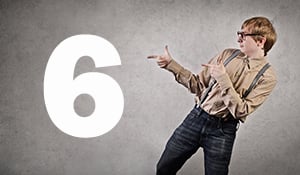 In this article, we’re going to go beyond the norm and give you six ways you can save some coin that might seem a bit…odd.

Bidets aren’t expensive, either. You can find them online for as little as $25. Priced at only a few rounds of toilet paper, the return on investment is swift. And now you only have to deal with educated guests on proper use.

If you can handle a complete change, consider ditching the loofah as well. These cleaning devices don’t ever really dry out, resulting in a breeding ground for bacteria, including fungal organisms that can cause skin infections. They also cost more than the laundry-friendly washcloths, which run around 66 cents apiece.

While all of your friends and family are talking about cutting cords and skipping the coffee shop, you can dare to be different. Next time you find its time to tighten the budget, think about these ways you can save some coin…or come up with one of your own.

What weird ways do you save money? Let us know in the comments.