3 Ways to Prepare for a Possible Recession

As of April 9th, more than one in ten workers have lost their jobs in the last three weeks. Those individuals make up around 11% of the US labor force. While economists hope the recovery from this downturn will be quicker than in the past. However, the overall damage incurred will be heavily influenced by the duration of the current shutdowns. 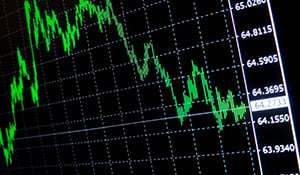 As the “when” and “how” of returning to work continues to be up in the air, experts cannot rule out the possibility of the US entering another recession. Which means it’s time to prepare for the worst and hope for the best.

Here are three ways you and yours can begin preparing for a possible recession.

Let’s put the current drop in perspective. A “bull market” is when the stock market is growing aggressively. A “bear market” is when stock prices drop, often more than 20% off their prior peak. Within these two extremes, the market consistently rises and falls, or “corrects.” Similarly, a bull market is often followed by a bear market. Until recently, the stock market was sitting in the longest-running bull market it has ever seen. Some economists have been predicting the sudden end of this run for quite a while. Though it is doubtful they saw a pandemic as the leading cause.

Remember that the return on your investments is based on the value of your shares. And, as a bear market is an over-correction, the share prices will most likely balance back out. Your 401(k), as with any stock investment, should be looked at as a long-term game. If you are patient, you are likely to get at least the majority of your money back.

The recent CARES Act will be providing the majority of Americans with a $1,200 “Recovery Rebate,” which you may be eyeballing to pay rent or throw at some of your debt. But, for those who are lacking an emergency fund, consider using that money as a starter plan for your financial cushion in an interest-bearing savings account. Then create a plan to slowly build on it using your current income to create better financial stability in your future.

The social and economic situation worldwide can be worrisome. And, with the path forward still uncertain, it is becoming clear we may soon see another economic recession. But there are ways to pad the blow, as long as we acknowledge it is coming. Though it may be scary or even depressing, now is the time to take a serious look at your income, debts, and budgets to determine what steps you need to take to protect yourself for the years to come.